No Matter How You Grow Up, Patterns Can be Changed

A number of months ago I had the privilege of interviewing a wonderful couple with an amazing story. It’s a beautiful story of redemption and restoration.

Imagine growing up in an environment where your father is an alcoholic and a lousy role model. When you’re 11 years old your father leaves. By 13 your parents are divorced. Then, even if you wanted to reconcile with your father, he dies when you’re 19. To make ends meet, your mother works as a waitress. But the family is still financially broke. So, you decide to join the navy, to get away and start over. You meet a pretty girl, get married young, and have some kids.

But without a solid foundation, how on earth are you going to build a strong marriage and raise a healthy family? While it’s not impossible, it’s very hard to do alone. Under such circumstances, it shouldn’t surprise you when your marriage fails, you can’t seem to keep a job, and you end up with a serious drug addiction problem. 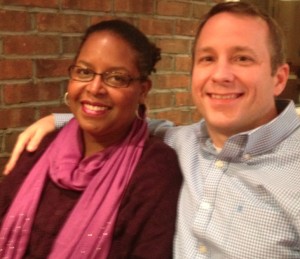 Now, based on his colorful past, who would be that special person who would want to marry Ken and support him to turn his life around?

While you might think Chelsea is a saint, she’s quick to point out that she too witnessed a lot of negative experiences growing up. This included prostitution and gambling. And she had no real father figure in her life. Like Ken, she was also missing a solid foundation, even to care for herself.

So how can these two people build a meaningful life – together?

From Impossible to Possible

Regarding their marriage, Ken clearly states: “According to the world’s standards, we shouldn’t be married. We would have been voted the least likely to succeed.”

Just consider the challenges for Ken and Chelsea when they first came together:

And yet, they have remained together now for over 15 years – and counting.

How? It all has to do with their faith in God.

In just a few months after getting married, Ken and Chelsea were saved – together. They both found favor in the sight of God and recognized the power of prayer.

From Hurting to Healing

Even after finding salvation through the sacrifice of Christ, Ken’s issues with drug addiction didn’t immediately go away. In fact, for a period of 6 years, the Knutsens tried everything. But Ken kept being sucked back into his old habits.

During this difficult period of time, Chelsea remained steadfast in prayer. And as Ken states: “Chelsea is NOT a casual prayer!” In 2004, both Ken and Chelsea engaged in Theophostic Prayer, which they credit for eventually freeing Ken of his addiction. The process took 8 months, going to someone’s home every Friday evening for prayer. But Ken desired to be healed, and he didn’t want the last impression his kids had of him to be a negative one. With confidence, Ken states: “As a Child of God, I knew that God would heal me.”

Through this process of continual prayer, Ken discovered that drugs were only an outward manifestation of other issues that needed to be addressed, in particular his relationship with his (deceased) father. His father was very abusive, a “rage-oholic”, and always cutting down his son. But Ken managed to reach that most important point of forgiveness, and has now forgiven his father and is in peace over all that occurred in his childhood.

Since 2004, Ken & Chelsea have experienced a continuous improvement in their marriage. They say that every year its gotten better and better, from their relationship with each other to their relationship with their kids. And every year they have improved on their financial plan, “chunking away” at their debts. Along the way, they’ve also had many experiences of faith, including:

Today, Chelsea runs her own recruiting firm, and also loves to help other people with their financial issues.  Together, Ken & Chelsea have become a model for other married couples and find great joy in sharing out of their experiences. 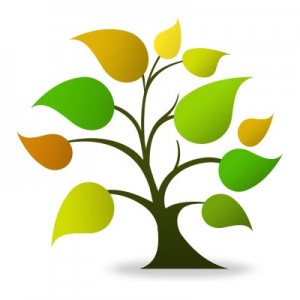 Here are a few fabulous nuggets of wisdom, that Ken & Chelsea gladly share with other leadership couples:

I know this is a longer post than usual. But there’s a lot of sound advice here. I encourage you to read the nuggets of wisdom again. Ponder each one and discuss with your spouse. On your journey as a leadership couple, let the life experiences of Ken & Chelsea encourage you.

Can you relate to the experiences of Ken & Chelsea, or know someone else who can?

What part of Ken & Chelsea’s story resonates most with you?

Thankful to Link With