Step Around: Make Passion a Priority 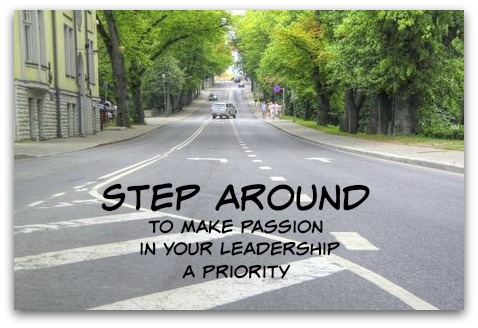 (This is the third post in a series of five to put passion back into your leadership.)

A symptom of a lack of passion in leadership, is feeling stuck.

Stuck in the middle. Stuck with all the work. Stuck holding the ball. Stuck figuring things out. Stuck leading the idiots. Stuck opening or closing. Stuck marking things off, challenging the masses, filling the gaps, chasing the golden goose, helping the hopeless, shoveling the excrement, and everything else which sucks the life out of your leadership.

Is it time to take a step around?

Leaders regularly default to the straight shot – the most direct route – a get ‘er done push forward. That’s leadership, right? Cast the vision, and go “gung ho” on that path. (Might be a little hard to do when you’re feeling passion-drained, huh?)

Sometimes a detour is necessary. Consider when you’re stuck in traffic – do you ever wish…

“I wish I could go around.” 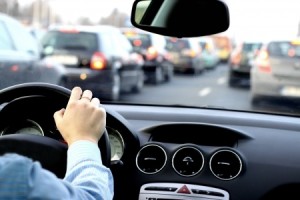 Leaders with passion problems aren’t on an open road; they’re usually crawling on a congested thruway. There are a mess of masses in those passion-less leaders’ way. What’s the answer?

To put passion back into your leadership, take a step around what’s in the way.

First – You’re not quitting anything. You’re continuing to step back and take time in solitude, right? That was the first step in putting passion back into your leadership. Spending an hour a day in quiet. Listening for that still, small voice that speaks after pouring your heart out in prayer and after you’ve ceased all movement and consumption.

Second – You’re doing a step over move to fake out your old routines. That was the second step in putting passion back into your leadership; changing up the routines which aren’t serving you well, and making new choices in the place of the ho-hum old ones.

Third – It’s time to step around the roadblocks. 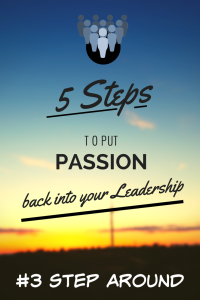 How to Step Around?

What’s in your way? Which agenda items, activities, physical requirements and yes – even people – are clogging up the passage to passion in your leadership? Make a list of at least ten items. (There’s probably more than 10 – list those also!)

Drill down till you’ve detailed the specifics…

For sure, this kind of grouping is risky – we don’t recommend ever adding your spouse or kids to this list or what you’re doing to make money to support yourself. You need to think about the little details, not the big picture items.  Imagine you’re in a traffic jam. What’s in front of you? Do you have your list?

What three details on your list could you (temporarily) step around? What could you take a detour around, just this week, and see what the outcome might be?

What is this really? It’s starting a “Stop Doing” list.

The Benefits of Taking a Step Around

What are the benefits of taking a step around and going on a scenic detour?

Take a Step Around this week. Notice the difference & benefits!

Send us an email and let us know what’s working – or discuss this further: Robert.Lori@LeadershipCouples.com