Step Over: Go In a New Direction 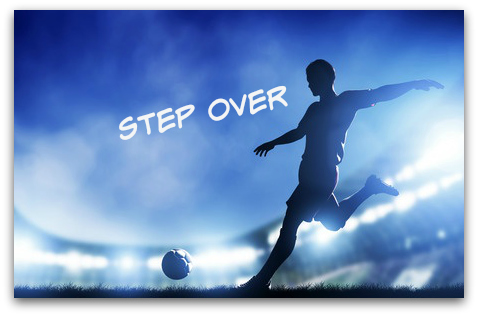 (Second of Five Posts – Putting the Passion Back into your Leadership)

Your passion for leadership has taken a few hits in the last while, hasn’t it? Maybe your team has run ahead of you – or worse yet, they’ve been lagging behind. Is your team waiting for you to show up with a renewed passion, and you’re not feelin’ it?

That’s what this series of posts is meant to address: putting the passion back into your leadership.

This is the second of five posts – 5 steps – to put passion back into your leadership. You know you’re called to lead. You know there are others waiting for you to run with the ball. You need to find that passion.

Last week we talked about the first step: How to Step Back. (If you haven’t read it yet – stop – go HERE.  If you’ve already done this, then carry on.)

This week we’re going to move on to step two: 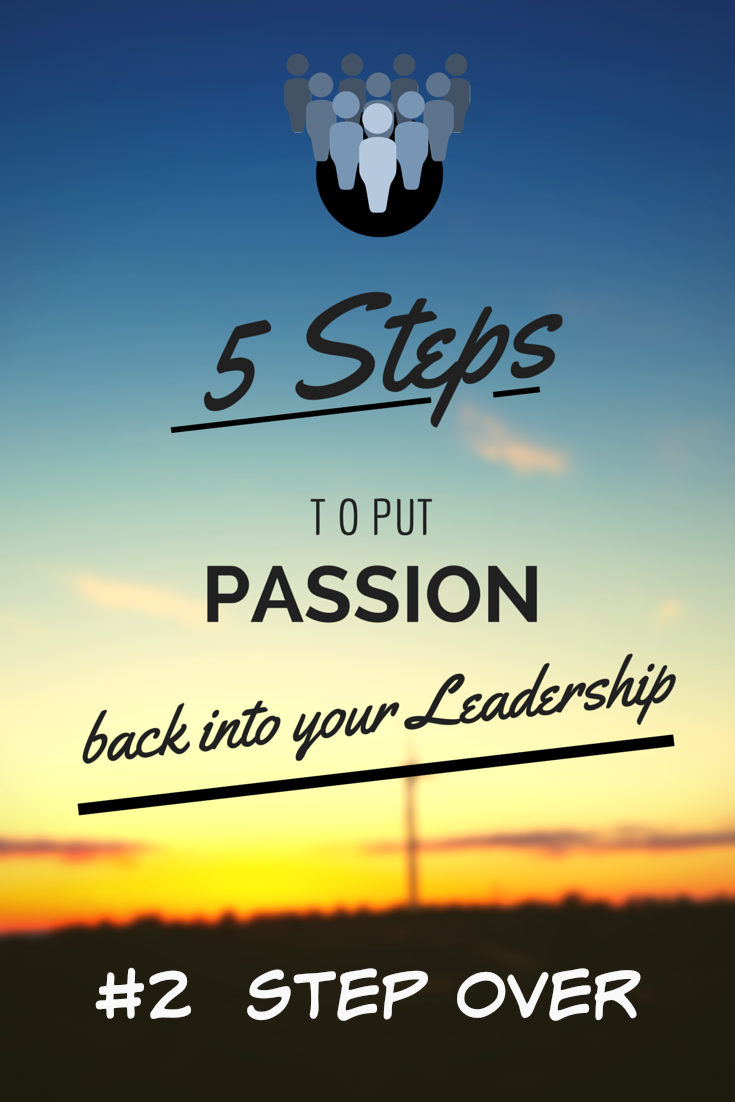 There’s a move in soccer called “The Step Over”. It was perfected by a Brazilian player, Ronaldo, and its purpose is to change direction. But this “step over” move is more than simply changing direction, it’s done in a fashion which deceives the opposing team member. (For fun, we’ve included some videos at the end of this post detailing the actual soccer move. It’s really cool!)

No, you’re not going to be deceiving others. This step, like the first step of stepping back is all internal. You’re going to fake yourself out – and go in a new direction.

Change direction to put passion back into your leadership.

There’s a good chance that you’ve been leading for a while. Maybe for longer than just a little while? Perhaps a really long time? You know the problem with going in a certain direction for a long while? We get stale. The steps are the same, the pace is the same, it’s choreographed and we don’t even realize we’ve been doing the same-old, same-old, routine.

The solution? Fake yourself out – go in a new direction, and change the pace.

We’re going to do three things this week.

Carry on with your one hour of solitude. Did you find anything good about taking that time away? Send us an email – Robert.Lori@LeadershipCouples – and let us know how it went. What worked? What didn’t work? And what you’ve learned so far.

You have a routine. Most leaders work within a routine. At one time that routine was effective, but we’re imagining it’s no longer serving you well.

Passion does not ignite inside a routine.

A routine which no longer is serving its purpose is like a vacuum. All the air has been sucked out, and the fire has no oxygen with which to burn. All the wood is there, but there’s no flame.

You’ve seen a candle snuffer, haven’t you? Place the bell shape over a candle flame, and the flame goes out. The snuffer is the routine, and your passion is the flame. The routine has snuffed out your passion.

Change your routine. Mess it up.

Talk about how this next week looks with your spouse. What’s normal? What can you change?  Maybe you’ll be working through things on your own, but there’s a good chance your spouse might be ready for a bit of routine breaking too. Make it fun!

Do you live your life at a fast pace? One thing after another, day-in and day-out… you’re going round and around with no breaks? Does it feel like you’re on a tilt-a-whirl with all the music and motion, and the operator forgot to let you off? Change pace.

Or is there a lot of chill-axing built into your life? Do you have this leadership thing down pat, and you’ve been doing it so long, you could do it in your sleep? Yeah, it’s Tuesday, so you do this. It’s Wednesday night, and you do that. No problem – it’s a cake-walk. Oh, wow! Change pace.

It’s time to vary the pace. Do more than a couple of Step Overs! Be deliberate. Along with the new direction, also change up the pace to fake yourself out of that expected routine.

Step Over and Get Out of Your Routine

Of course, some things can’t, and shouldn’t be changed. You still need to go to work. Your kids still need you to love them and they still need to eat. Your spouse continues to need your contribution and attention.

It’s how you accomplish those must-do’s in life that can be a step toward putting passion back into your leadership.

You’re not changing your leadership – you’re adding the passion back into leadership.

Step Over. Do it again. 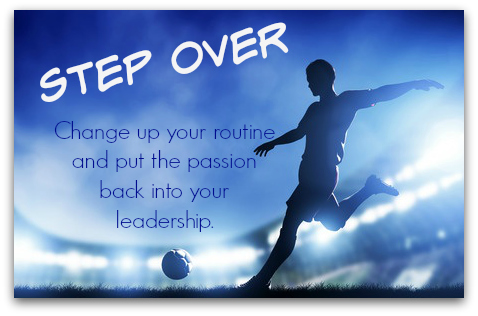 And Some Soccer Videos… just for fun!

Here’s a coach, explaining the soccer move: The Step Over

and here’s Ronaldo doing the Step Over